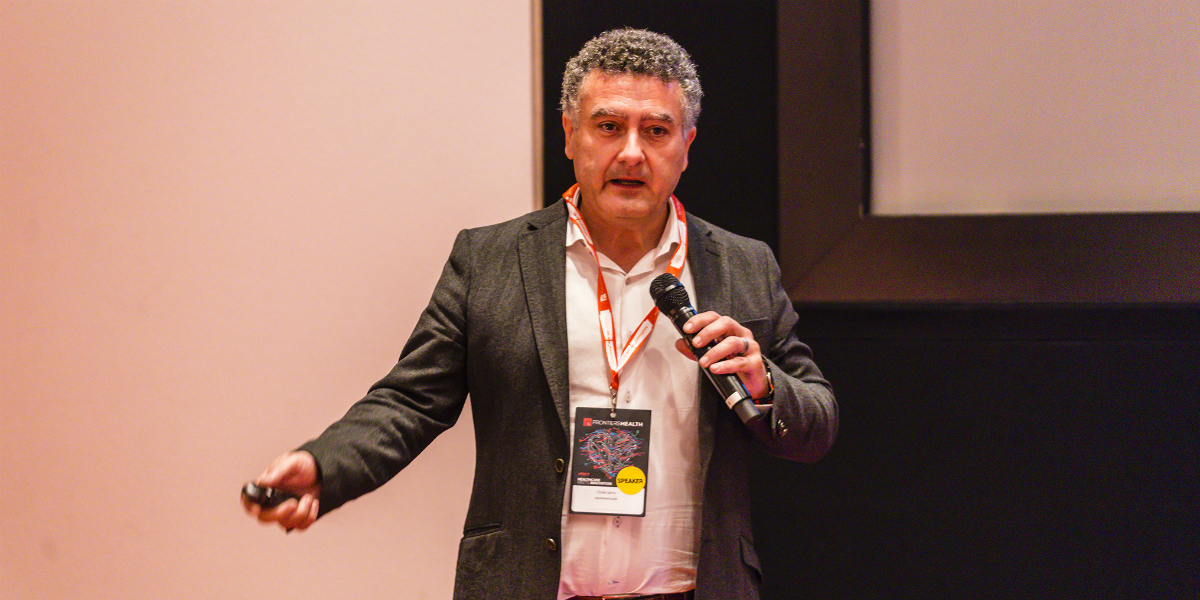 Check out the interview with Gerry Chillè, General Partner at Healthware Labs

Healthware Labs’ Gerry Chillè talked to pharmaphorum about European digital health startups, the challenges they face and how pharma can best collaborate with them.
The European digital health startup environment has changed immeasurably over the last five years, as new and exciting companies look for solutions to traditional healthcare problems through the lens of technology. The region’s proliferation of small, independent companies is perhaps best exemplified by Vienna’s mySugr.

The diabetes startup was acquired by Roche in 2017 and remains something of a poster child for the scene. But, as Healthware Labs’ general partner Gerry Chillè explains, although Europe’s digital health landscape is still evolving, it’s far wider and more varied than any one startup.

“There’s a very fluid and dynamic set of activities going on that covers many different areas,” he says, picking out companies working to solve problems with fertility and hearing, as well as diabetes, as just some of the startups to have caught his eye recently.

One company we are quite familiar with is Kronos DNA, which is a group of women researchers dealing with DNA sequencing and analysis to develop specific tests to help fertility doctors find the correct treatment for some of the women they’re working with.
Another is TinniTracks, which deals with tinnitus. They have a digital-only solution that can help people to ‘retrain’ their brain around the frequencies that produce the debilitating ringing in their ears.

In diabetes Gerry points to a small company called MedAngel, whose founder was dealing with his own diabetes.

He had a very specific problem where, although he was taking the medication the way he should, he was still getting really sick even after using insulin. At the end of the day he realised that the problem was his fridge.

That drove him to create what is essentially a Bluetooth thermometer that goes in the fridge and sends an alert if the temperature is not at the correct level. Given that it’s common for doctors’ offices to use ordinary home fridges to stores medicines, keeping those fridges at the correct temperature is similarly a big issue.

So, here’s a startup with a very focused solution that found quite a big need in the market, and it is even selling its product through Amazon in the US.

The same sort of variety can be seen with Europe’s centres for innovation. Berlin often leads when it comes to startup activities and the Nordic countries are also strong contenders – thanks to their strong traditions of nurturing small tech companies. Meanwhile, London is another big area for startups, thanks to the availability there of investment.

At the end of the day, Gerry explains, any region where you have a local government that understands the real benefits of investing in young people and trying to keep their resources locally to create these hot spots, has the potential to really make a difference across the entire European footprint.

It’s an environment that Healthware itself is looking to add to. The Italian agency’s European headquarters is in Salerno’s Palazzo Innovazione (literally, the Innovation Palace), which is also home to Healthware’s own digital health lab, through which it works with local startups to introduce them to those of its larger clients that are looking for health solutions.

So, neither ideas nor supportive locations are in short supply for Europe’s digital health startups, but that’s not to say the sector does not have its challenges. Predominantly these are financial. Seed funding to begin operations is usually relatively easy to obtain, but when it comes time to ‘scale’, it’s much more difficult.

Venture capital groups tend to be much more conservative and risk averse in Europe compared to the US, so it’s hard for companies to have subsequent rounds of funding to really make a significant impact on their growth. In the case of mySugr, they launched operations on the west coast of the US and then essentially moved their headquarters to San Diego just for the very purpose of collecting additional venture funds to keep growing and adding features and other services, Gerry says.

Slowly European investors are becoming more tuned-in to digital health offerings and growth potential, but the region does not yet have the same sort of dynamic, fluid flow of investment that can be seen stateside. “It’s just a very different investment scenario and that’s not going to change as quickly as might be desired. But the environment is certainly improving.”

What big pharma needs to know about digital health startups

Gerry and his team are often tasked with unearthing up-and-coming innovative health projects on behalf of large companies. As they investigate the digital health ecosystem, they bring a keen level of insight to how successful collaborations can best be achieved.

Pharmaceutical companies are some of the most highly regulated companies besides the financial sector, so it’s not uncommon to have very slow cycles, a lot of reviews and changes, and a lot of constant back and forth before you can make a little bit of progress on a communications campaign, never mind an actual product. The thing that’s really important for pharmaceutical companies to keep in mind is that if they want to bend the startups to the will of the corporate enterprise, they are going to have to provide the resources to go through all the cycles of processes that will entail. They might be dealing with three or four people who are essentially investing their own time. So, even for them to get on a plane to come to a meeting is a significant investment. Large companies need to be hyper sensitive to this – and a lot of them are, but a lot of them also aren’t, because no one’s told them that they should be.

There’s also an obvious difference between pharma’s multiple cycles of approvals and the nimble approach startups begin with.
Gerry concludes:

Three years is a lifetime in this environment. If pharma companies can make sure they are working with regulatory, legal and all the other internal groups to lower, or eliminate, some of the barriers to enabling a proof-of-concept project to launch, that would be very beneficial both to pharma and to startups.

The interview has been originally published on the special issue of CoFounder .